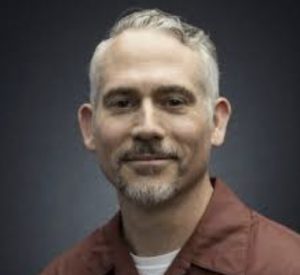 Cindy Kennedy, FNP, speaks with Pi Ware, the Emmy-winning filmmaker who directed the documentary, “Skin Deep:The Battle Over Morgellons.” The film was released March 2020 and has been award winning. Pi discusses his deep dive into the world of Morgellons, which proved the lack of validation for the disease and the associated suffering.

Pi works across several genres, from feature films to documentaries to worldwide competition shows. His work as a director includes the fictional films “Solitude,” “My Beautiful Me,” and “The Act.” As an editor Pi has crafted documentaries, indie films, and such series as “America’s Got Talent,” Neflix’s “Fastest Car,” Comedy Central’s “Roast Battle,” “World of Dance,” “American Idol” and “Q’Viva.”

Pi grew up in Tempe, Ariz., began working in the film industry in Madrid, Spain, and currently lives in Los Angeles with his wife and two cats.

SHOW NOTES
Personal interest in Morgellons
His overall experience with learning about the disease
What was his biggest take away? Biggest learning experience? Worst experience filming?
Were you saddened by the lack of validation of the disease?
Any more health-related documentaries coming?