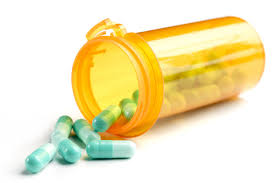 Do you know that LDN can help with pain?

LDN, (Low-dose naltrexone) is classified as an opioid receptor antagonist. That means the naltrexone looks for and binds to opioid receptors. These receptors are located in different parts of the body such as the gut and the brain. It is thought that LDN causes the blocking of opioid receptors, in turn causing the body to increase its production of endorphins. The “feel good” chemical!

The major mechanism of LDN involves blocking the body’s opioid/narcotic receptors. This lasts for just a few hours and not 24 hours. These are the same receptors that binds the body’s endorphins. The body reacts to this by increasing its endorphin production. These levels remain increased all day after the blocking produced by LDN has ended. Endorphins are very important to the strength of the immune system.

LDN has been beneficial to many for reducing pain and increasing energy. The mechanism is thought to be reducing inflammation. Those affected with a variety of inflammatory diseases, including Lyme disease, can reap benefits from using LDN. It has also been touted to assist in the regulation of the immune system which is critical for those suffering from Lyme disease. I have read that LDN may offer symptomatic relief from the dreaded Herx reaction as well. Lyme sufferers that have already been on antibiotics for a period of time seem to benefit most from LDN.

The best way to start LDN is low, between .5 and 1.5 mgs. daily and work up to as much as 4.5 mgs. It had been previously thought that dosing should be limited to bedtime, however further studies have shown that if it interferes with sleep then mornings are acceptable.

Most side effects associated with LDN are mild and often resolve in time. Symptoms caused by LDN can be handled by reducing, or slowly increasing the dose.

If a patient has a history of liver disease then it would be important to have liver function testing before starting LDN. Alcohol should not be consumed while taking LDN. The LDN will block the “Wine Buzz”, though your blood alcohol level will rise. If having surgery that would require pain medication after, then LDN would need to be stopped within the few weeks before the procedure.

LDN can be used as an important part of a treatment plan, in order to improve your immune system, reduce the pain and inflammation caused by advanced Lyme disease. Talk to your provider about trying LDN. It is not available through a regular pharmacy, you will have to locate a compounding pharmacy that prepares LDN. Another issue is; insurance most likely does not cover this treatment, however the good news is that it is not that expensive. Please email me if you need a provider that prescribes LDN or a pharmacy that compounds LDN.

My Best To You!